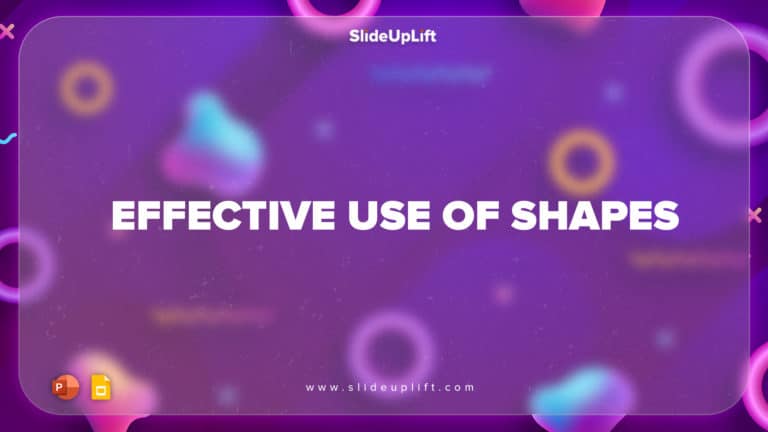 Can the use of shapes influence how our audience thinks and feels about an idea? The answer is a resounding yes if psychologists are to be believed. In numerous studies, it has been shown that shapes are as effective as the use of colors in communicating ideas. In this article, we will learn the use of shapes in PowerPoint to create winning presentations.

Shapes lend a basis, a framework for the physical world: Being physical beings, we automatically relate to shapes; we subconsciously connect them to objects. This can in turn influence how we feel about the idea.

For example, users relate the triangle shapes to hills/mountains and so imagine that the shape represents success which comes by climbing the mountain. Squares can symbolize balance and security for obvious reasons. By knowing the science of shapes, you can take advantage of this perception utility and accentuate the impact of your ideas.

Let’s dive deeper into some shapes and draw ideas on how to use these shapes in PowerPoint to create more meaningful and emotionally powerful PowerPoint slides.

The triangle structure is used to represent perseverance and achievement. Its broad base frame shows the capacity needed for the journey, its sides show the journey while its top represents a goal.

This shape depicts balance and stability. Many like to use the “golden triangle” rule in their graphics. It involves arranging elements in a triangle to create a harmonious and balanced figure. Some effective ideas that can take advantage of the Triangle shapes in PowerPoint are:

Some of these examples use the triangle to bring the audience’s eyes to the main point of focus. People naturally follow where it’s pointing.

A few more ideas on the use of the triangle shapes in PowerPoint: You can place small isosceles triangles on a line to create a timeline slide. Or you can use more than one triangle to create layered business diagrams.

Squares and, rectangles are the most seen objects we see in the man-made world. Picture frames, buildings, Computers, Televisions, doors. People relate to these shapes quickly because they’re simple, balanced, solid, and secure.

Squares work exceedingly well in adding emotional layers in slides. When layered properly these also create structured, patterns that have a solid feel to them.

These can be used to separate different parts of a slide. If your slide looks disjointed, placing them in squares would bring it together. Just like you use boxes to organize things at home or office.

The square’s sharp angles can also indicate power and all the associations that come with it such as strength, stability, and reliability.  One caution is that it runs the risk of being seen as rigid since it does not flow visually and can create a bit of dissonance on certain types of ideas that require emotional connection.

Here are some ideas that square shapes in PowerPoint can communicate extremely well:

Circles are naturally calming to the senses because they are rounded by definition without sharp edges. This lends a millennial, cheerful, and carefree character to this shape.

The circle has many uses in slides: When set up in a formation, it makes the slide feel coming together due to its calming qualities. And when a slide has a lot of flat shapes and lists, introducing a circle helps make it more balanced.

You can also use the circle to frame a slide in a more natural way. Unlike a square that feels like boxing in concepts, ideas, and subjects, the use of a circle will center the eyes more seamlessly towards the main point of interest.

Here are examples of good use of the circular shapes in PowerPoint:

Circles are most frequently used to represent things of the same nature that we know and create a sense of completeness. Because a circle does not have a distinct beginning or end, they imply movement (such as a wheel).

Polygons represent strength and structure. When stacked together to form a honeycomb, they create a solid framework. Users often recall bees’ use of it to build their beehives.

Use this shape to communicate futurism.

If you want to make a slide that looks unique, the use of structures with polygons will serve the purpose. Being uncommon, you can gain people’s attention quicker. The geometry keeps the eyes busy and increases the imagination of the users. The pitfall to be aware of is to not make the shapes too complex and risk comprehension or come across as “gimmicky”.

Here are examples of good use of polygons in PowerPoint:

Above were some creative uses of polygons shape in PowerPoint for your business presentations. Get inspired to come up with your own variations.

People seem to respond more positively to a curve than a straight line. While a straight line seems inflexible, a curve flows in people’s eyes. Seeing curves has a calming effect on people.

Most of us know that a curve is also often used to represent Oomph. Any diagram can be considered “Oomphy” if it has a curvy design. Objects that feature curves also often look more stylish and contemporary.

Because of its smooth nature, it allows the audience to view the picture in a relaxed way without effort on the eyes.

Straight lines, circles, and curves are complementary, so effective graphic design commonly deploy them together to achieve a synergistic effect.

Here are examples of good use of curve shapes in PowerPoint:

In summary, wherever possible use curves over straight lines in the presentation to create a continuous and calming effect on the audience.

Looking at the spiral feels like an optical mirage. People report feeling hypnotic and dizzy looking at spirals. Over time, it has represents myriad things as science has understood how prevalent these are in nature- from galaxies to seashells.

Mathematicians, scientists, and artists alike are interested in this shape for different reasons. At the heart of this is the Golden Ratio which has been discussed in our “Science of Proportions” blog.

Spirals evoke mystery, those in motion cause vertigo. It is impossible to ignore it: so if you want a slide that forces people to look, then use a spiral.

Here are examples of good use of spiral shapes in PowerPoint:

To summarize, Spirals can represent harmony, beginning, concentration, and focus. They can be used to showcase expansion and connection. Spirals represent journey, direction, and progress.

Lines may seem mundane, but they’re underrated in how versatile they can be as a visual tool. Different types of lines impact users differently. For example, the horizontal line grounds the audience. On the other hand, a vertical line feels more skyward. Diagonals, communicate a bit of tentativeness with the line taking neither position- vertical or horizontal.

Further, when used in patterns, lines change how we view content. For example, a row of horizontal lines makes an area appear bigger, a set of vertical lines make it look taller. Diagonal lines, on the other hand, create the perception that the content contained within is unusual.

Here are examples of good use of line shapes in PowerPoint :

Check out a Free 3D Cuboid Shaped PowerPoint Template for your next presentation: 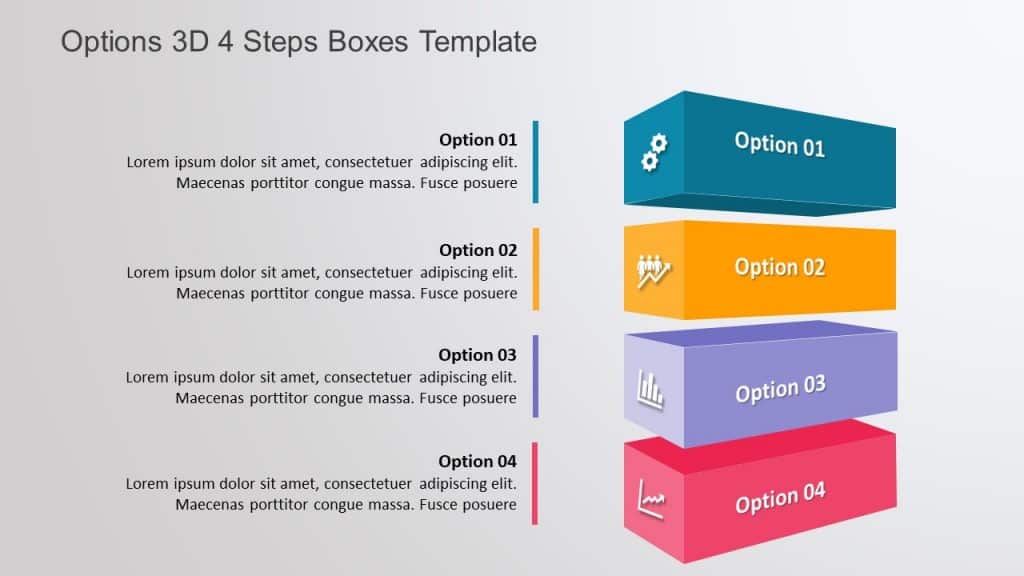 How to Link Slides in Google Slides?
Do you find yourself struggling to move through your presentations quickly and effectively? Are you looking for ways to make your slides more interactive? If the answer is yes, you’ve

How To Add And Edit Maps In Google Slides?
Google Slides is a powerful and convenient tool for creating presentations, and it has a range of features that can help you make your slides more interactive and engaging. One

How to Share PowerPoint Presentations on Microsoft Teams?
In today's digital age, remote work and virtual meetings have become the norm. As a result, knowing how to communicate effectively and collaborate with your team, regardless of location, is

The Only Business Leadership Roadmap You Need in 2023
If you're looking to take your business leadership skills to the next level in 2023, you've come to the right place. In this blog, we'll be discussing the essential elements
This website uses cookies to improve your experience. We'll assume you're ok with this, but you can opt-out if you wish. Cookie settings ACCEPT
Privacy & Cookies Policy